Choosing "Song -> Song Options" from the main menu will open the Song Options panel, which allows users to configure a variety of more advanced options for an individual song, such as compatibility settings or general playback behaviour. You may find it useful to watch our video demonstrating the various options. 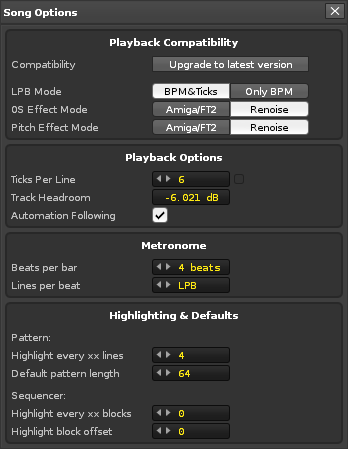 These settings also affect the metronome pre-count for live recording, which can be enabled and adjusted from the Options menu.