Many Effect Commands make use of 'ticks', so it's important to understand the concept. Just as a pattern is split into a number of lines, so each line is split into a number of Ticks. A tick is when an update is made to certain things if they makes changes over the course of a line. The things affected are Effect Commands, interpolation between points in Graphical Automation and meta devices such as the LFO. In Renoise, this tick fraction is configurable with the Ticks Per Line parameter in the Song Options panel. 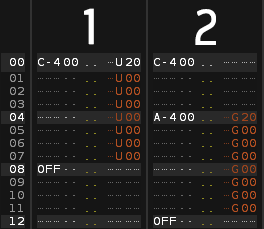 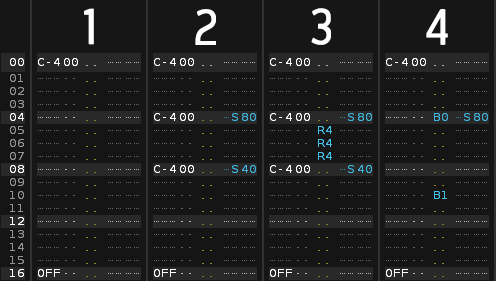 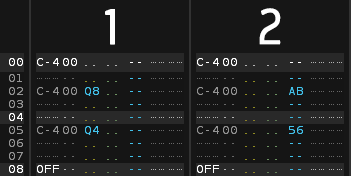